Karmaflow: The Rock Opera Videogame is part of the multidisciplinary project Karmaflow. The aim of the project is to unite music, games and theater in a unique way, experimenting with sung interactive narrative.
The music of the game features international singers from bands such as Dragonforce, Cradle of Filth, Epica, Sonata Arctica, Arch Enemy and more. The symphonic sound of the score is brought by the Dutch Metropole Orchestra with arrangements and orchestrations by Koch Buning. 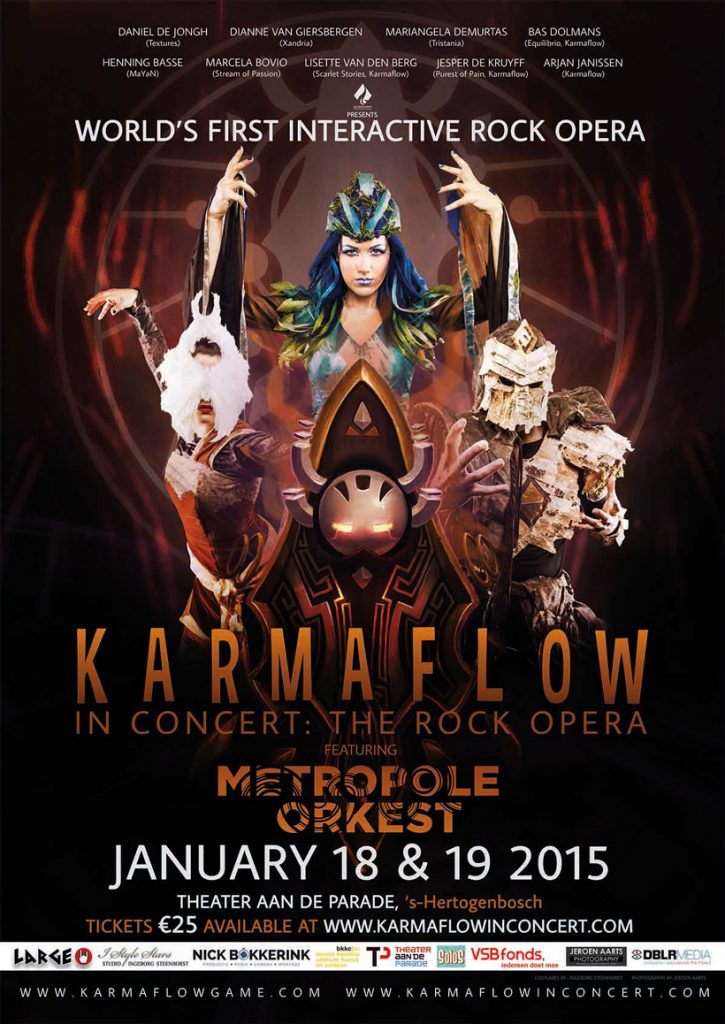